The Mountain Environment and Effects on World Climate 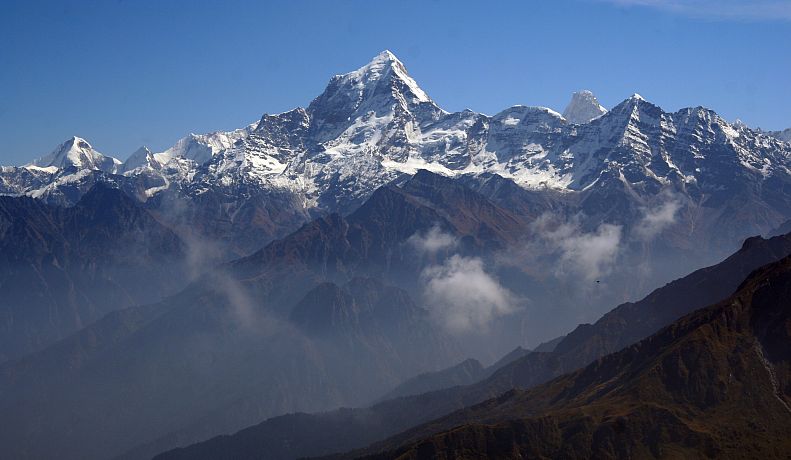 Mountains have a profound influence on not only their local climate and immediate vicinity, but sometimes in areas a thousand or more miles away. This is due to the fact that mountains, jutting up into an otherwise orderly flow of winds around the globe, cause these winds to be lifted up, over and around the peaks and ridges.

The forcing of the air to rise causes it to cool and condense, forming clouds and precipitation; this makes the mountain environment much wetter than the surrounding lowlands.

The other thing is that as one goes higher in a mountain environment it gets colder and colder — but why? After all, you are getting closer to the sun, right? Well, yeah, you are closer to the sun on a mountain than at sea level, but not enough to make any difference. I mean, when compared to our distance from the sun, the mountain heights are extremely insignificant. In fact, if the earth was shrunk down to the size of a cue ball, it would be more perfectly round and smooth than the cue ball — you couldn't even feel Mt. Everest!

(Wow! That makes me feel tiny; I mean, compared to us, the earth is HUGE!)

OK, so the reason it gets colder the higher one goes is because of the ever-thinning air. This thin air holds less water and thus absorbs less heat. The higher you go, the thinner the air is and thus the effect of not holding any heat gets more profound.

For example, at Everest Base Camp, around 18,000 feet (5,486 m.), it can be quite comfortable on a sunny summer day with no wind, but as soon as the sun disappears behind thick cloud cover or a mountain, the temperature plummets, often to near zero degrees F. Also there is a marked difference in temperature in just stepping into the shade of a large boulder.

So anyway, as you climb higher in a mountain environment the temperature on average drops 2 - 5 degrees F. for every 1,000 feet (305 m.) gain in altitude. However this can vary throughout the day or season, or at different latitudes. During certain weather conditions, this can actually reverse, and it can be colder at the surface than at moderate altitudes. However, this phenomenon is usually very short-lived and has no effect on the overall mountain climate.

If it were not for mountains interfering with the great flow of wind currents around the earth, the overall world climate would be far less complicated. For example, within just a few hundred miles from each other in South America, are the Atacama Desert and the Amazon Rainforest. The primary reason for these opposite extremes is the great Andes mountain range which forms a barrier between the two, thus preventing any rain in the Atacama and actually enhancing rainfall in the Amazon.

The Atacama is considered the driest desert in the world and some areas of it have not received any significant rainfall in at least 400 - 500 years!

By combining the differences in precipitation and temperature brought about by different altitudes, a single mountain range can have a great variety of climate zones and biodiversity. One of the best examples of this is the mystical Rwenzori Range (The old spelling is: Ruwenzori), also known as The Mountains of the Moon, in Africa.