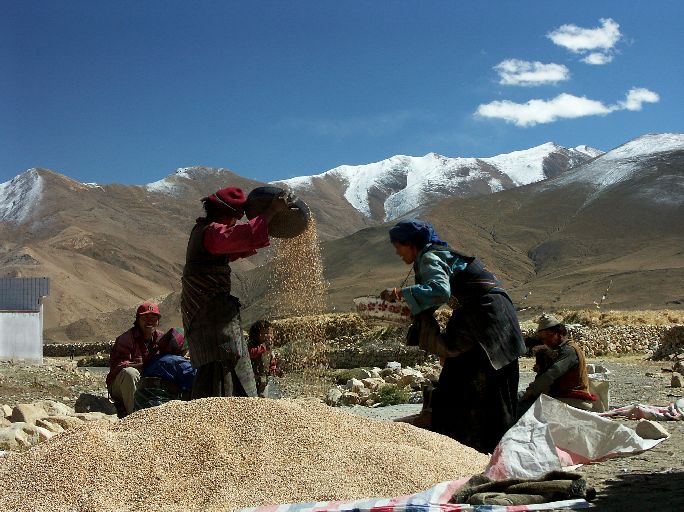 Life for mountain people, as a rule, has always been a challenge. For this reason, it might appear that if given a choice, humans would perhaps tap the wealth of the mountains — such as their minerals, forests, their possibilities for tourism, etc. — but not live there permanently.

However, human association with the mountains is almost as old as their relationship with the sea. The terms of life are usually much harder for humans at high altitudes and are controlled by three important factors: the terrain, the climate (including the thin atmosphere), and the isolation from the rest of mankind. 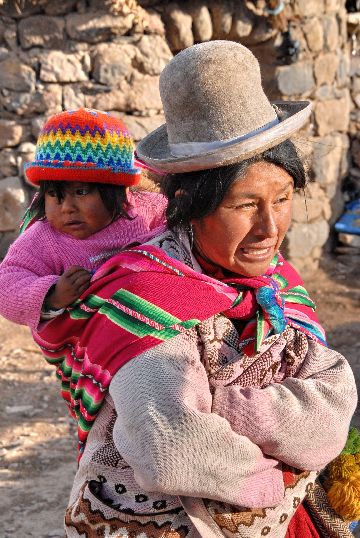 Yet despite all of this, higher elevations in the tropics may be the best habitat for humans in these areas. They are free from malaria, sleeping sickness (African trypanosomiasis), and other diseases of the hot lowlands.

In many highland areas near the equator there is no such thing as changes of seasons, as most of us are used to. In these areas the climate is springtime all year, and fields yield several crops annually. In fact, it is this type of environment in the Bolivian and Peruvian Andes that led to the only great civilization to be found at high altitudes — the Incas.

In the last 4,000 years millions of people have lived in the high valleys of the central Andes, and many of them established some of the highest permanent habitations on Earth. However, most of these are below 13,000 feet (3,962 m.), as even near the equator it just gets too cold and the air too thin above this altitude to be very suitable for most people as a permanent habitation.

Most humans live near the bottom of a 62-mile deep ocean of air that we call the atmosphere (99.999 % of the atmosphere’s gases are found below 62 miles; the small amount of gases above this are detectable out to about 300 miles).

Because of all this weight of air above the Earth, the pressure of it pushing against our bodies at sea level is about 14.7 pounds per square inch (PSI).

This pressure is critical for getting oxygen into the blood stream, as it forces the oxygen through the thin membranes in the lung capillaries of the alveoli (air sacs) and into the blood by a process known as “passive diffusion.”

OK, enough of the techno-babble! What does this mean? Well, as you go higher the pressure is less, so less oxygen is forced through the membranes and by the time you reach 18,000 feet (5,486 m.) there is only half the pressure as that of sea level. Big problem — unless you can adapt somehow to these lower pressures. 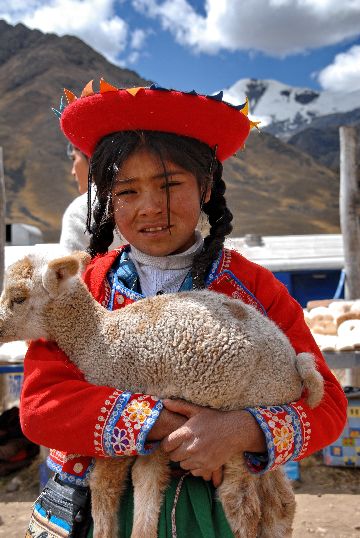 Well, humans were designed to adapt to a wide variety of habitats, and not only do the mountain people of the high Andes and Tibet survive but they live their whole lives there and do quite well. The folks that live in these areas (some even above 15,000 feet or 4,572 m.) have about 20 percent more blood than a lowlander. They have 60 percent more, by weight, of hemoglobin (which absorbs oxygen), and their red blood cells are larger, meaning a greater surface area for oxygen absorption.

Well, as you may have guessed, all this “extra” means that the blood of high mountain people is thicker than a lowlander’s, which means they need a larger, stronger heart as well, and indeed it is about a fifth larger. Their lungs are larger as well. Also their hands and feet are so well supplied with small arteries and veins that they are almost immune to frostbite!

So, what do the people of high altitude eat? Besides corn, which takes nine to ten months to mature at the high altitudes, the mountain people of the high Andes also grow many types of potatoes, with which they make their chief food called “chuno” (potatoes that are preserved basically by being freeze-dried). They spread the potatoes out in the intense sun and very dry air to dry out, and then leave them to freeze overnight. The potatoes are then left to this process of drying and freezing for many days before they are ready.

The Andes people make a hot cereal, as well as other dishes, from the seeds of the quinoa plant which are very high in protein. Some even raise guinea pigs as a source of meat.

To help cope with the hardships of living at high altitudes, most native peoples of the Andes chew on the leaves of the coca plant. This plant contains chemicals that dull the nerves, making the people feel warmer and stronger. These are the same chemicals with which the powerful drug cocaine is made. 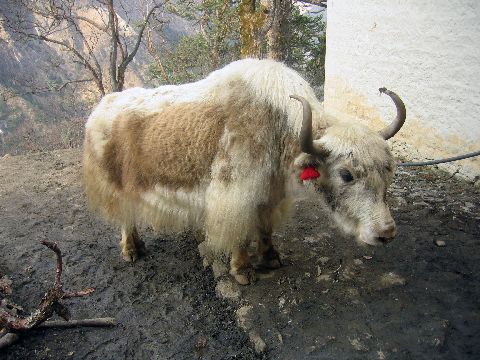 For the mountain people of the high Tibetan plateau, the key for survival is the shaggy coated yak.

Not only is the yak an all-terrain vehicle for hauling goods, but it also furnishes the Tibetan people with meat, wool, milk, cheese and butter. The mountain people also use the yak hides to make portable tents for the herdsmen, and they burn the yak dung for heating and cooking.

These people pay some of their expenses in yak’s milk butter, and as most are followers of Buddha, they also present gifts of butter to the Buddhist monks and lamas.

The mountain people of Tibet drink 30 to 50 cups a day of their national drink called Po Cha or buttered tea. It is made from yak butter, tea leaves and salt (sounds yummy, huh?). Even though this concoction doesn't sound very appetizing to most of us, it is well formulated for high altitude dwellers. 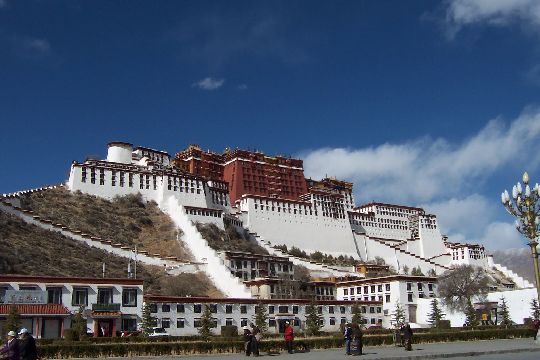 Its high fat-calorie content helps keep the people warm and also protects their lips, hands and other areas from cracking open in the dry, thin air.

Mountains have long been sacred places for many cultures. To the ancient Chinese the high peaks were the props that held up the sky. Buddha was born under the peaks of the great Himalayas.

The great Buddhist monastery of Potala is in the high altitude city of Lhasa, Tibet. To the ancient Greeks their pantheon of gods lived atop Mount Olympus.

Moses received the Ten Commandments on Mount Sinai. Tradition says that Christ was crucified on “Mount” Calvary (however, the Gospels never refer to the location as a “mountain”), where He accomplished His greatest work of salvation for sinners. Although the exact spot of the crucifixion is not known for sure, it was probably on top of a low hill and not an actual mountain.

Within the past century humans have climbed most of the world’s highest mountains. But the misty, formidable high peaks looming in the distance still fill humans with a sense of awe, mystery, and the promise of great adventure!